Williams’ Dave Robson: “From the back of the grid, this was a very good race by the team”

Dave Robson says Alexander Albon finishing thirteenth in Sunday’s Abu Dhabi Grand Prix was a reward for the great effort put in by the Williams Racing team, particularly after starting on the back row of the grid.

Albon started nineteenth and Nicholas Latifi twentieth after a disappointing final Qualifying session of the FIA Formula 1 World Championship season on Saturday, and while the Canadian was forced to retire late in the day, the Thai driver made early gains and was on course for twelfth until he was relegated to thirteenth on the final lap.

Robson, the Head of Vehicle Performance at Williams, says Albon’s result was prove of what they could do if they pushed to the limit.

“From the back of the grid, this was a very good race by the team,” said Robson.  “The tyres required careful management and knowing when to push and when to manage was not always obvious, but Alex did an excellent job, helped by advice from his engineers.

“Losing a place right at the end was a shame but at least showed that we pushed things to the limit in pursuit of the best possible result. It was another example of an aggressive but disciplined drive by Alex, which bodes well for the future.”

On his final outing with Williams, Latifi was involved in a late clash with Haas F1 Team’s Mick Schumacher at the hairpin that spun him into the barriers, and although he was able to return to the race after a long pit stop, the Canadian was forced out in the closing laps with an electrical issue.

Robson says the clash with Schumacher had hurt Latifi’s pace, but the retirement at the end was unfortunate as he was unable to take the chequered flag in his final race – at least for now – in Formula 1.

“Nicholas was very unfortunate that an electrical issue ended his final race with the team a few laps early,” Robson added.  “We are still looking at the problem, but it was clear that the power to the dash was intermittent and completing the race was not possible.

“He had suffered contact earlier in the race, which caused some damage to the rear of his car that both hurt his pace and led to a long pit stop whilst we inspected the car.”

Jost Capito, the CEO and Team Principal at Williams, thanked everyone at the Grove-based team for their efforts throughout the 2022 season, even if the results were not as strong as they would have liked.

Williams finished bottom of the Constructors’ Championship in 2022, scoring only eight points, with ninth place finishes for Albon in Miami, Latifi in Japan and stand-in driver Nyck de Vries in Italy the highlights.

“I’d like to say a huge thank you to every member of the team both at track and back at the factory,” Capito said.  “It’s been an intense, challenging year and each person put in maximum effort.

“We can be proud of the progress we made during the year and the points scoring results we achieved on pace and merit. Of course, tenth is never where we want to be in the championship and our focus is fully on progressing in 2023.”

Capito thanked Latifi for the hard work at Williams across the past three seasons, with the Canadian leaving having scored points on three occasions, twice in 2021 in Hungary and Belgium, and again in Japan this year.

“Finally, I’d like to say a huge thanks to Nicholas for his three years racing with the team,” Capito insisted.  “He’s a much-loved member of the team and will always remain a member of the Williams family – we wish him all the very best of luck for his future.” 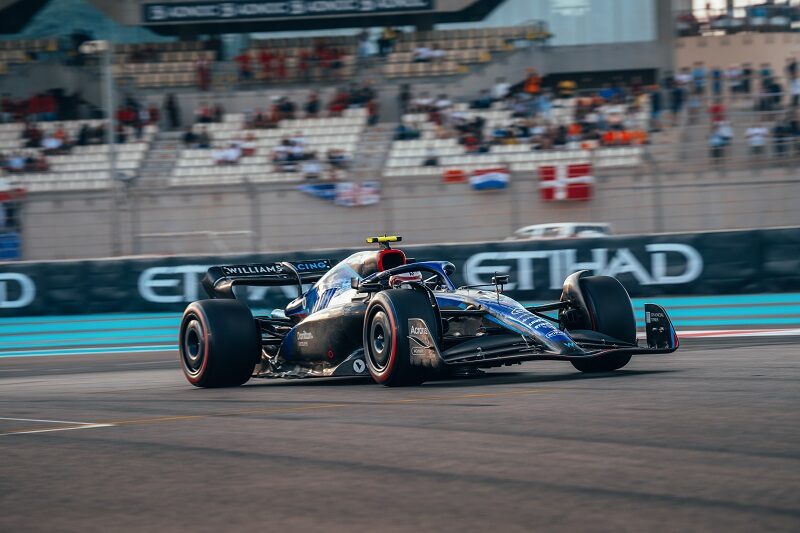